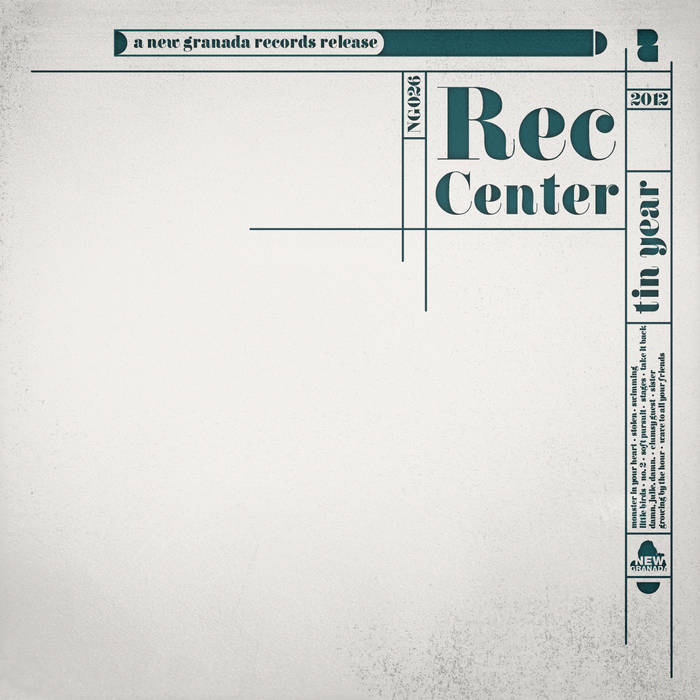 WHAT'S WITH THE BAND? REC CENTER.
First, the pertinent background: Veteran Tampa Bay Area indie-scene singer-songwriters Susie Ulrey (Pohgoh, The Maccabees (U.S.)) and Michael Waksman (The Washdown, Zillionaire) have turned a longtime casual collaboration into a gorgeous collection of compelling, thoughtful and artfully composed tunes that balance wistful maturity with a certain earnest and eternally young expression. Not quite pop, not quite anything else, these songs feature an amazingly comfortable balance between the two singers' influences, sounds and styles.

Now, we'll throw in some contextually vague and wholly subjective qualifiers. "Bouncily eclectic and occasionally jazzy." "Accomplished." "Melancholia cut with generous amounts of hook and hope." "Subtly dynamic and insidious in their beauty."
Music scribes, thy work is done.

No, wait; some comparisons are in order. Rec Center sounds like Rilo Kiley laying shoulder to shoulder with the Weakerthans in a field of high Wilco as a gentle breeze made of the best '70s AM Gold heralds autumn's arrival.

WHAT'S WITH THE SONGS?
Recorded between Summer 2010 and Fall 2011 at Tampa's Atomic Audio with Mark Nikolich, the songs came different places for both Susie and Michael. “Typically I'll combine a few incidents to form some sort of narrative and then write from some point of view within that narrative.” says Waksman, while much of Susie's inspiration comes from her 2001 diagnosis of Multiple Sclerosis “It's how I cope. I wrote 'Monster In Your Heart' right after I was diagnosed. It was meant to be a reminder to me, to not forget myself.” The process of compiling, arranging and recording songs, some going back a decade, proved challenging and rewarding. Waksman explains “For this album we definitely had a good portion of songs that seemed to lend themselves to alternate variations. Obviously this introduced new challenges and frustrations, but ultimately it was really nice to have this new kind of studio experience.”

WHAT'S WITH THE TITLE? TIN YEAR.
10 years of songs lying around waiting for the perfect moment.
10 years of marriage
10 years of living with a debilitating disease.
The 10th year, the aluminum anniversary, the Tin Year.

WHAT ELSE IS THERE TO KNOW?
-RC were an officially selected band at SXSW 2012
-Features vocalist Susie Ulrey and her husband/drummer Keith Ulrey, both from 90's emo darlings Pohgoh and The Maccabees (U.S.)
-RC also features members from acclaimed indie bands Hankshaw, Zillionaire and Candy Bars
-Guest vocals on "Sister" and "Stages" by Jen Wood