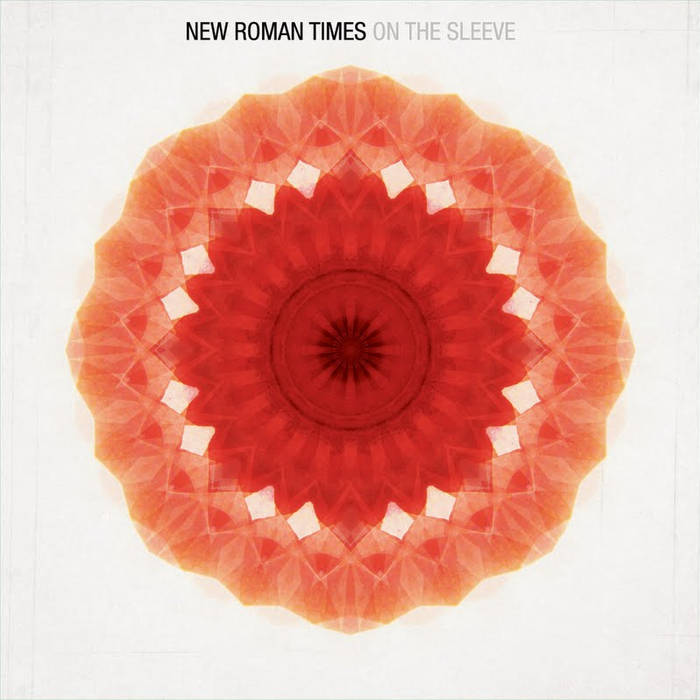 “Smoke in Your Disguise” opens up 'On the Sleeve' in all its new wave glory. While it’s not particularly happy music, it’s not particularly dark either. The song is paced like a typical track from The Killers and strings along the basic “you are, you’re breaking my heart” type story. Like early ’80s post-punk, it’s partially meant to make you dance and partially meant to make you sulk. The debut album from New Roman Times is one of those that remind us the music of the ’80s never really goes away. There will always be bands whose John Hughes movie melody in hindsight will remind us how cool of a time that decade was.
Currently based out of Austin, New Roman Times is lead by Daniel Owens on vocals and guitar. Providing the seductive backing vocals (some of the best moments on the album) is the pretty girl bassist Josie Fluri. The band is rounded out with Mike Allen on drums and Harris Thurmond on guitar and synths.
Even the second track’s title suggests the days of cassette tapes and lip gloss. “VCR” is also one many moments during On the Sleeve that will give the listener a vision of Interpol — that is minus Paul Banks doing his Ian Curtis impression. Lyrically it does make a darker turn from the opener. “And as the sun rolls on we will never belong to this bitter age,” Owens resentfully sings before Fluri’s faint voice joins him for, “But to what we are, someone else.” Paranoia, new wave guitars, and echoing vocals collide for one of the albums highlights. Those elements reappear in “Belle De Jour;” a love song to a mystery woman who “walks alone in the city after dark, reaching out for love.” Fluri’s quiet vocal is strongly utilized as the ghost voice of the song’s title character and adds a haunting effect to emphasize the theme. The rapid drum breakdown at the bridge builds tension and provides sufficient movement. The remainder of On the Sleeve doesn’t stray far from the working formula. “West End World” sports a catchy hook and amped synths. “Secret and Lies” benefits from the dual harmony of Owens and Fluri opening the song. The closer “Young Hearts” has the lead man donning the tortured soul by going with a spoken vocal for his verses.
While not breaking any barriers, New Roman Times still built an album that can be listened from beginning to end without the need to skip around. It plays like good driving music. Much like The Killers, Interpol, White Lies and other post-punk/new wave revivalists, the tunes of New Roman Times can send you dancing to the rhythm or soul searching through the lyrics. On the Sleeve is a solid effort that warrants solid attention. (- Stereo Subversion)